Formed in the mid-’50s as a teenage gospel quartet by the eldest four Isley Brothers (O’Kelly, Rudolph, Ronald and Vernon), the original configuration of the group quit performing when Vernon was tragically killed at age 13 when riding his bike. In 1957, at the urging of their parents, the remaining three brothers moved to New York City to make it as a rock ’n’ roll band, and the first song they wrote together was “Shout!” — a massive smash that had multiple lives thanks to its inclusion on the Animal House soundtrack and is probably playing at an event near you, right now.

From that first single and album in 1959, the Isley Brothers repeatedly redefined what their music was and what it was called, and dominated the black music charts like no band before or since. The Isley Brothers can count both Jimi Hendrix (who toured as their backing guitarist in the early ‘60s) and Elton John (whose band backed the Isleys up in the U.K.) as backing musicians, and have arguably the most legendary run of albums in R&B history. After early rock ‘n’ roll success, and an incredible detour with Berry Gordy and his Motown Records (two albums, including This Old Heart of Mine), the band released all of their albums independently on their own T-Neck Records, reinventing R&B over and over again in the process.

In 1973, the younger brothers Ernie and Marvin joined the band alongside their brother in law, Chris Jasper. Ernie Isley is one of the most well known and respected guitarists and song writers in the history of music, and together, the brothers wrote and produced many of the hits that you know and love today! 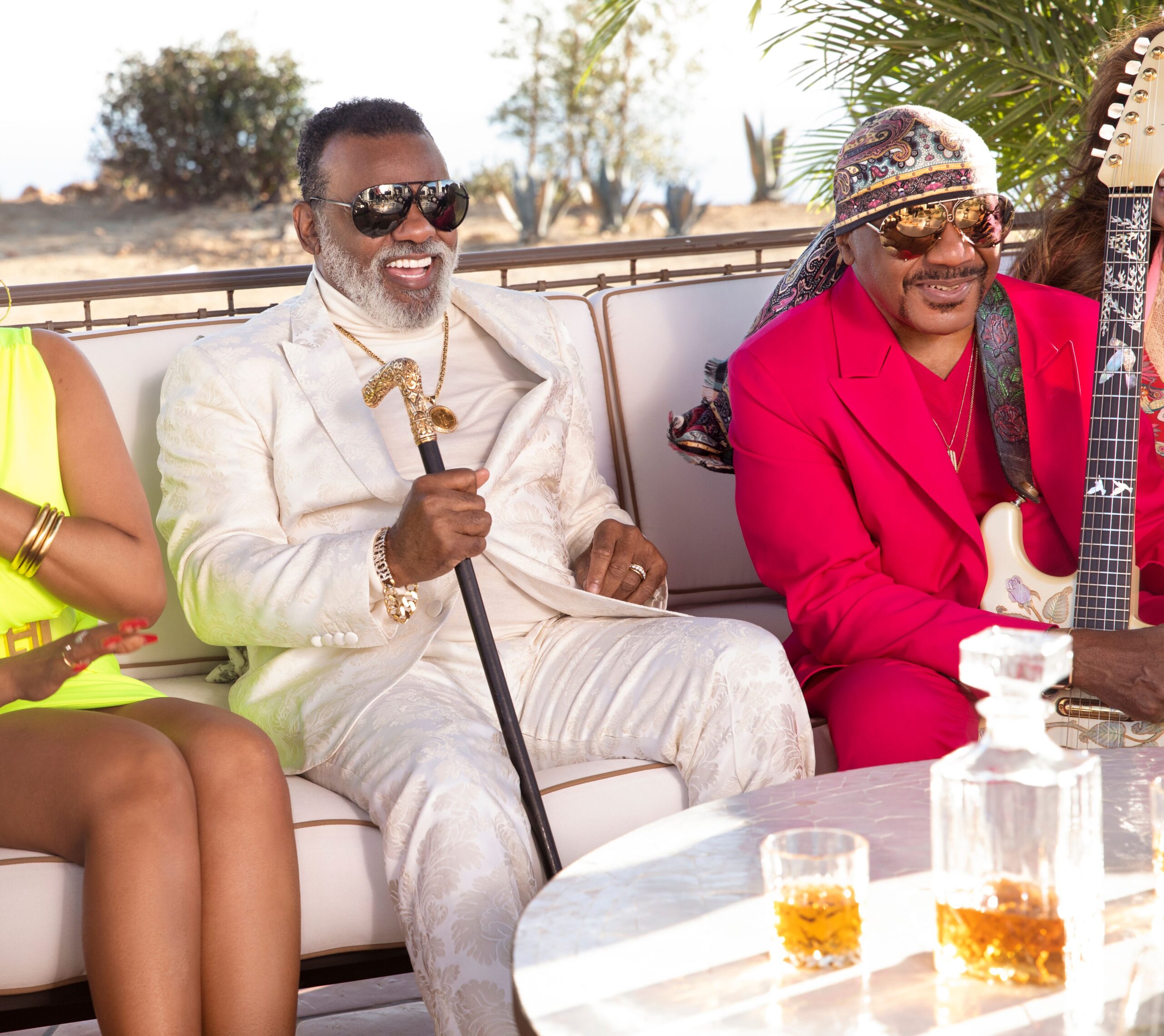 There’s the underrated and brilliant Givin’ It Back, the folk-influenced album that featured covers of songs by the white rock artists that took the Isleys’ sound to hit the charts in the ‘60s. There’s the soul-funk opuses (3+3 and Go For Your Guns) and a glitter rock album (Brother, Brother, Brother). The lead single from their finest pure dance album, The Heat Is On, “Fight The Power (Part 1 & 2)”, was later interpolated on the most iconic Public Enemy song (“Fight the Power”). They’d go full disco (Winner Takes All) before slowing it down to make one of the best quiet storm albums ever (Between The Sheets), before transitioning in the ’90s to baby-making jams (Mission to Please) and a commercially successful 2001 comeback (Eternal).

All of this to say: If you have a pulse, there is an Isley Brothers album for every mood you will ever have. They have a peerless catalog of songs and albums that has more styles and vibes than any other classic band from their era.

The Isley Brothers were inducted into the Rock & Roll Hall of Fame in 1992, in a class with their old backing guitarist, Jimi Hendrix. The band received a lifetime achievement Grammy in 2014, and have sold millions of records the world over, 16 of their albums hitting the Top 40 and all of them powerhouses on the R&B charts. They have bridged cultural differences by blending Soul and R&B with Funk brought this new style of music to the mainstream, having a lasting impact on countless artists to follow. Their music has transcended through generations and their reach has extended to the modern day where their music is frequently sampled all throughout hip hop and modern pop. They are, in many respects, the most important and influential band in the history of American music, the only band who could be sampled by Notorious B.I.G. and covered by The Yardbirds who also sold millions of records.

0 days
Until your best vacation ever.
#thebeachboyscruise